I Did the DASH Diet For a Week, and There Was Only 1 Vice I Cheated With 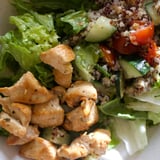 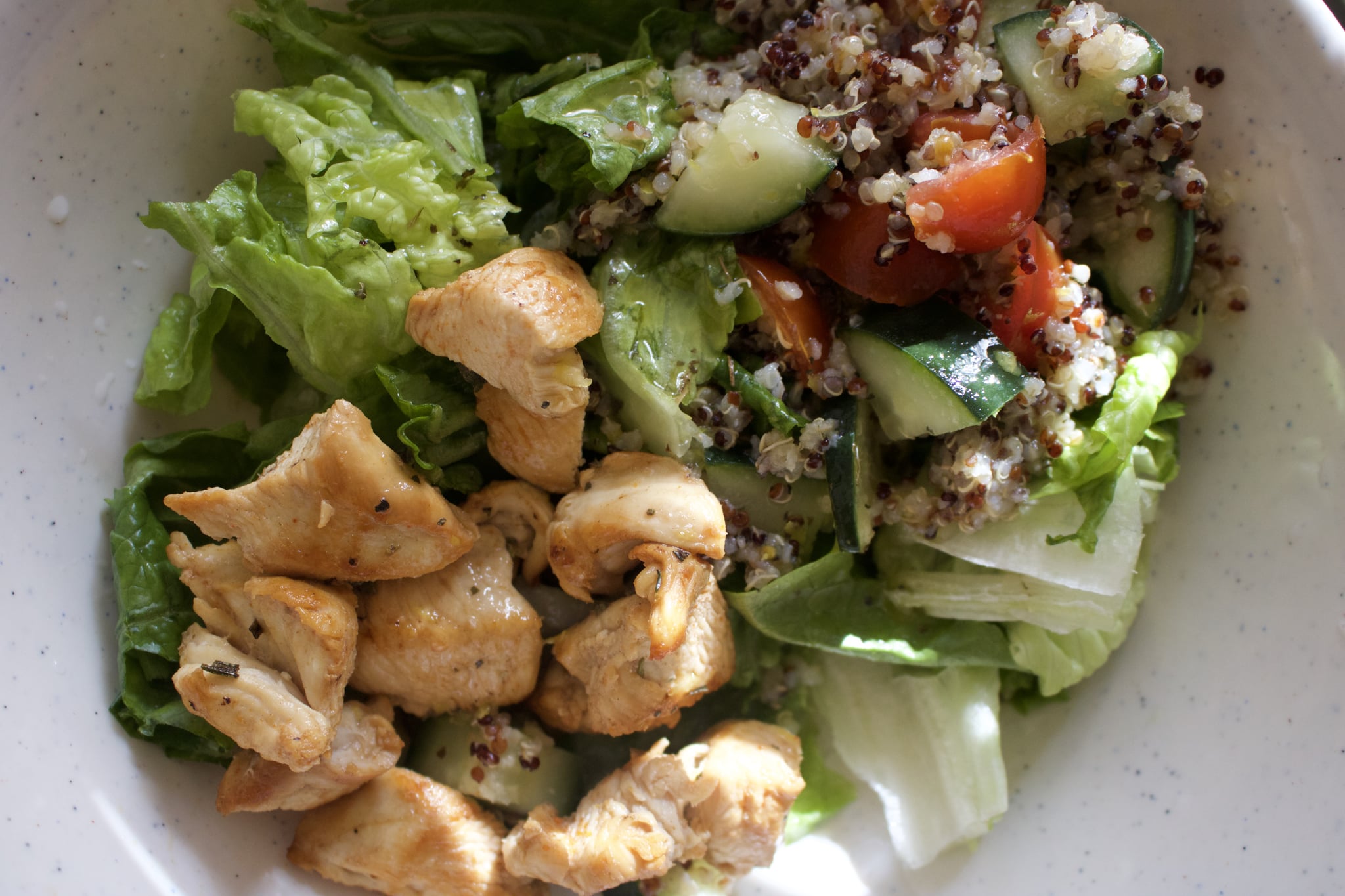 I don’t do diets. I don’t do diet food products. I don’t even do diet sodas. So when I heard about the DASH diet (no relation to the Kardashians, because I know you were wondering), a diet that’s been ranked the No. 1 overall diet in the world for the eighth year in a row by US News and World Report, I was curious as to what made this diet stand out in a world where it seems like there’s a new fad diet popping up every few months.

DASH, short for dietary approach to stop hypertension, was designed by the National Institute of Health to help guide the eating habits of those who suffer from hypertension or high blood pressure and want to lower their blood cholesterol. High blood pressure is common in my family, so as I started to learn more about the benefits of the DASH diet, I was even more intrigued since my mother has had to change her eating habits and do her own version of the DASH diet following a heart attack earlier this year.

In addition to helping lower your cholesterol and blood pressure, DASH is also said to be useful when it comes to improving your overall mood, and past research has shown that following the DASH diet could help with depression. With all of that plus a desire to see if I can tackle a little belly fat along the way, I decided to give the DASH diet a try.

According to Experts, This Diet Rule Is the Key to Weight Loss

From day one, I knew that if I was going to get through the week without ordering chicken and waffles on Caviar, I’d have to plan ahead. I started where all great projects dedicated to helping you be your best self begin: Pinterest. I created a Pinterest board specifically for DASH and low-sodium tips, tricks, and recipes, which served as a great tool for staying organized.

The DASH diet focuses on produce, low-fat dairy, poultry, beans, and nuts but recommends that you eliminate salt, smoked and red meat, sweets, sugary drinks, and caffeine and consume very little alcohol. In general, I maintain a pretty healthy diet, but my biggest vices – prosciutto, coffee, sweets, and bourbon cocktails – are a no-no on the DASH diet. Whole grains are also at the core of DASH, so I stocked up on whole-wheat pita, tortillas, and bow-tie pasta to make up the core of my meals and low-sodium wheat crackers to curb my snack cravings. I also picked up a healthy amount of quinoa, fruit, vegetables, herbs, beans, brown rice, and lean meat so that I was ready for the low-sodium week ahead.

I Ate 3-Part Meals For 1 Week, and It Totally Reset My Diet – Here’s How

Going into the first three days, I knew that in order for me to be successful, I had to get serious about meal prep. The diet recommends that you have five meals a day, which is a tall order for someone who usually just has two meals a day with snacks in between. For breakfast, I relied heavily on oatmeal and fruit, and my lunches and dinners were made up of salads or the same whole-wheat pasta, asparagus, and chicken dish for most of the diet. 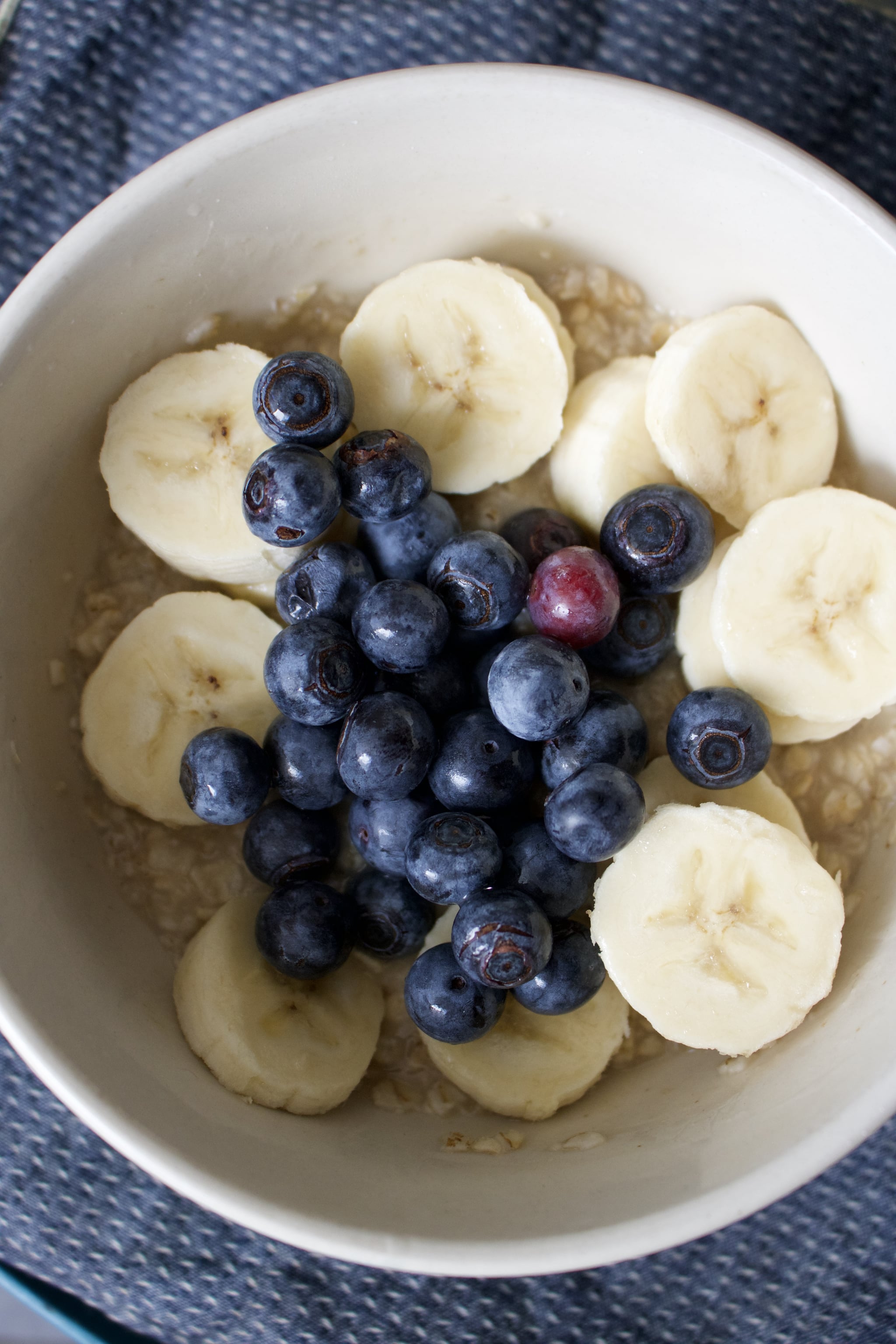 This is when it started to get tough. My fourth day on the diet fell on a Monday, and I was craving a cup of coffee like crazy. I gave in and had half a cup of coffee with almond milk, but it was the only time I cheated with caffeine.

I’m a big snacker, so I made sure to get a bag of raw almonds for my snack attacks, and while nuts are recommended for the diet, it’s suggested that you only have four to five servings for an entire week. This was also tough; I found myself having a serving of almonds almost every day, and it was weird to think that I was cheating on my diet with nuts.

Ready to Try the Keto Diet? Here’s a 7-Day Meal Plan to Get You Going

This is also when I realized my unyielding love for whole-wheat pita bread. When I felt a craving for salt arise, I would toast pita and have it with homemade black bean dip, which was my choice snack after my lunch of shrimp tacos or chicken quinoa salad. It was around the fourth day when I also noticed I had a bit more energy and felt like I was sleeping better. Before the diet, I would often wake up in the middle of the night, which I attribute to my frequent coffee habit, but that wasn’t the case when I swapped all beverages with water and green tea while doing DASH. 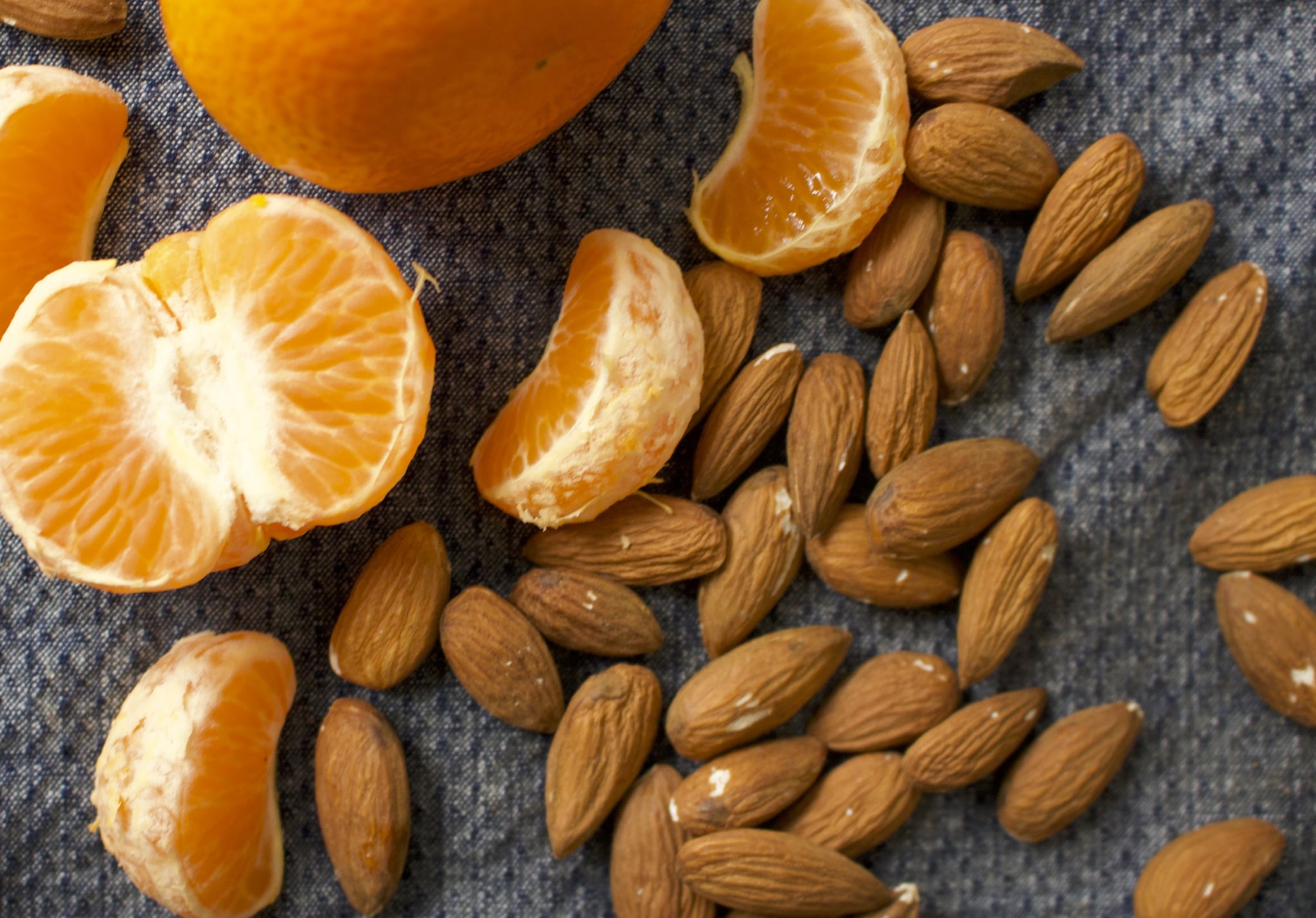 Because I meal prepped, I was starting to get tired of the same whole-wheat pasta, asparagus, and chicken dish that I prepared to last for all of my dinners. As helpful as the diet was with getting me to sleep better and slimming down my belly after just a few days, it was pretty inconvenient to have to think about food as often as I found myself doing while on the diet. After some time, all I could think about was my next snack and meal, and I wasn’t used to having my day revolve around my food. I also avoided going out to make sure that I wasn’t tempted by alcohol and salty or sugary foods, but as I was wrapping up the experiment, I didn’t find the avoidance method to be very sustainable. A girl’s gotta have a social life! 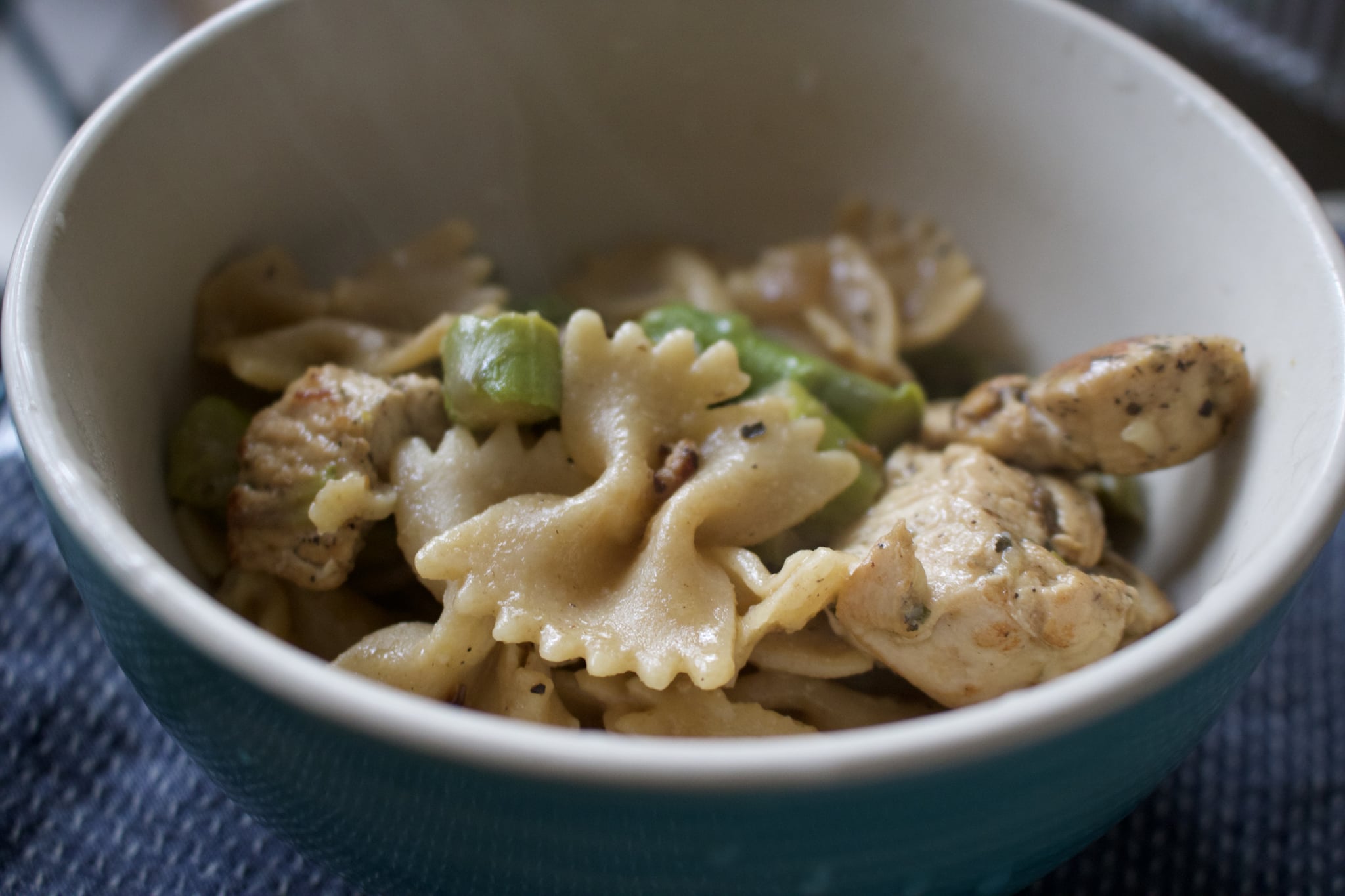 By the end of my seven days, I noticed a few clear differences that I can only attribute to the DASH diet. My waist slimmed down within a few days of cutting out salt and large amounts of sugar, and sleeping was easier than it has been in years. While I don’t believe my mood was affected at all by the diet, I did feel more naturally energized. Aside from having to make most of your meals yourself and having to show restraint when you’re out socially, there weren’t many downsides to DASH, though I wouldn’t expect to see significant weight loss while on the diet. The first day after the diet, I had a chicken wing and couldn’t finish it because it tasted too salty after being salt-free for a week. I’ve gone back to using salt, but it’s now in small amounts, and I now pay close attention to the sodium levels in packaged goods and stay clear of anything that has more than 300 mg of sodium per serving. I may not be all DASH all of the time, but I’ll definitely sprinkle some of the diet’s principles into my eating habits going forward.