Why You Should Incorporate ELDOA Into Your Fitness Routine 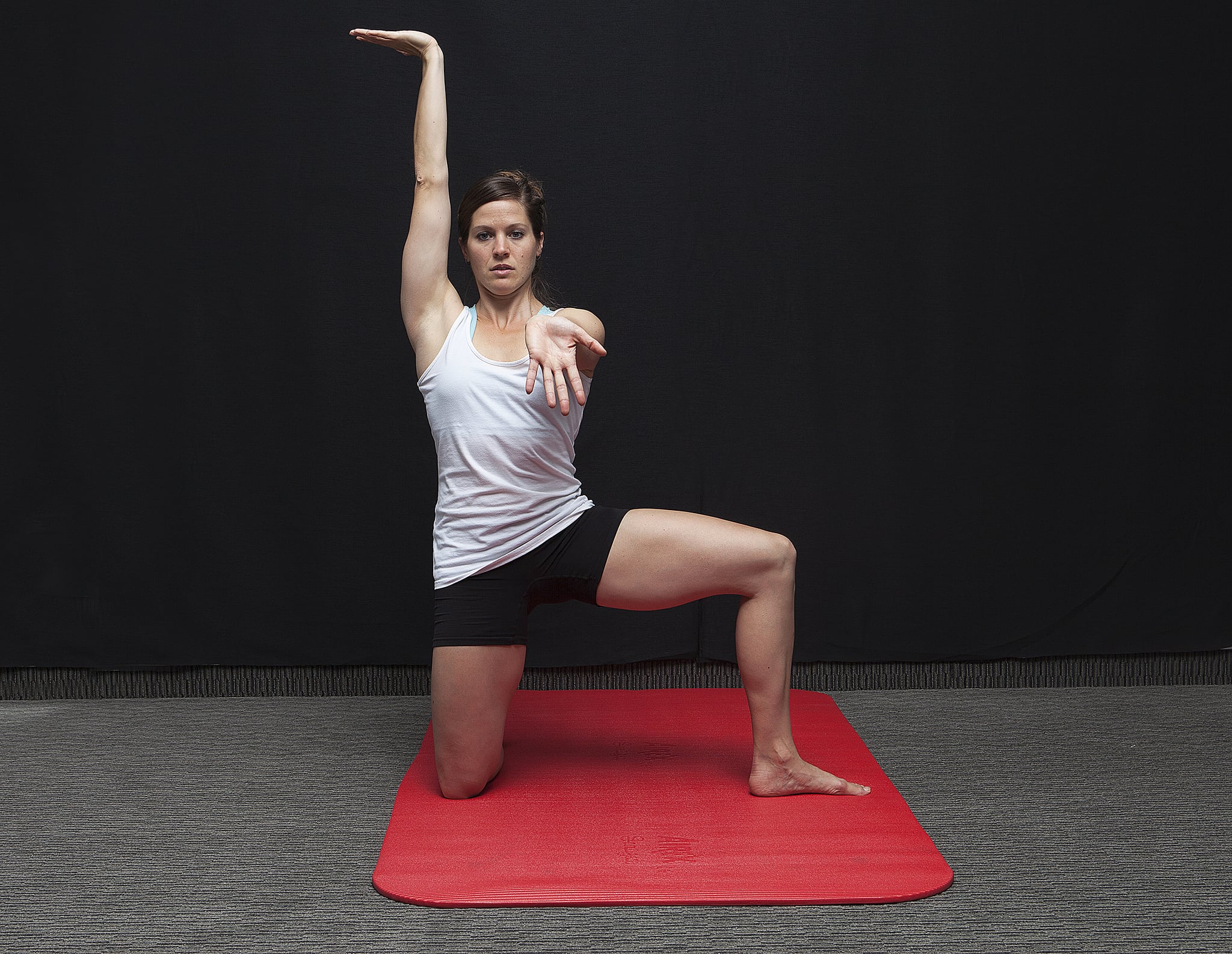 I felt so good after taking my first ELDOA class that I immediately wanted it in my life full-time. I felt taller, like I’d been stretched out on a rack, opening up my joints and spacing out my spine.

If your looking to incorporate mobility and injury prevention into your 2018 goals, ELDOA is a great place to start. Developed by French osteopath Guy VOYER (yes, his legal name is in all caps), ELDOA is an acronym from French words, which in English translate to longitudinal osteoarticular decoaptation stretches. “Osteoarticular” means bones and joints, “decoaptation” means opening, and ELDOA is the name of both the method and the postures involved.

Each posture, or ELDOA, is carefully designed to “create space” within a precise joint or a segment of the spine using myofascial tension and muscle contraction. By creating myofascial tension (tension in the fascia), the ELDOA can affect the tissue, ligaments, nervous tissues, and organs associated with that joint or spinal segment. There are ELDOAs for the spine, shoulders, hips, ribs, and skull.

Getting into the postures isn’t hard, but holding them feels challenging, and precision is important. Scott Herrera, director of the ELDOA program and lead instructor at Legacy Sport and Wellness Center in Dallas, says a common sentiment among first-time ELDOA students is “that’s one of the hardest workouts I’ve ever done and I feel amazing afterward.”

Meet Animal Flow, the Workout That’s About to Take Over the Fitness World

Though the French acronym may be intimidating, the method is very accessible. Herrera says everyone can benefit from ELDOA, and he typically groups people into three categories for classes: ELDOA for athletes, ELDOA for wellness and fitness, and ELDOA for people who have pain. While there are some group classes, the original intent of ELDOA was that people would incorporate the postures into their fitness programs or at-home routines.

Benefits of ELDOA include better posture, improved joint mechanics, relief from pain, and reduced pressure on the spinal discs.

I took a group ELDOA class with Emily Morgan, a personal trainer and ELDOA student practitioner in Pensacola, FL. The 45-minute session was a typical ELDOA for wellness class, with a mix of postures each held for 60 seconds. The basic postures were performed sitting, lying down, half-kneeling, or on all fours. The class didn’t feel like cardio or strength training – or really like any workout I’ve done before. The closest thing I can compare it to is yoga, but only because ELDOA involves holding postures; otherwise, the similarities end there.

The goal of ELDOA isn’t to gain flexibility. “When you stretch, you are elongating a muscle, but when you do an ELDOA, you are contracting a muscle,” Herrera explains. “ELDOA works with the nervous system, rather than on muscle flexibility.”

Want to Become More Flexible? Do This Yoga Sequence

For instance, the ELDOA pictured below isn’t just “stretch your arms over you head.” This posture, called T6-7 or “the desk workers’ ELDOA,” requires you to align your body so that the head, torso, and pelvis are in a straight line. You reach toward the sky and push upwards as hard as you can while pushing your knees toward the floor and gazing at the floor in front of you, never relaxing for the full 60 seconds. It’s harder than it looks! 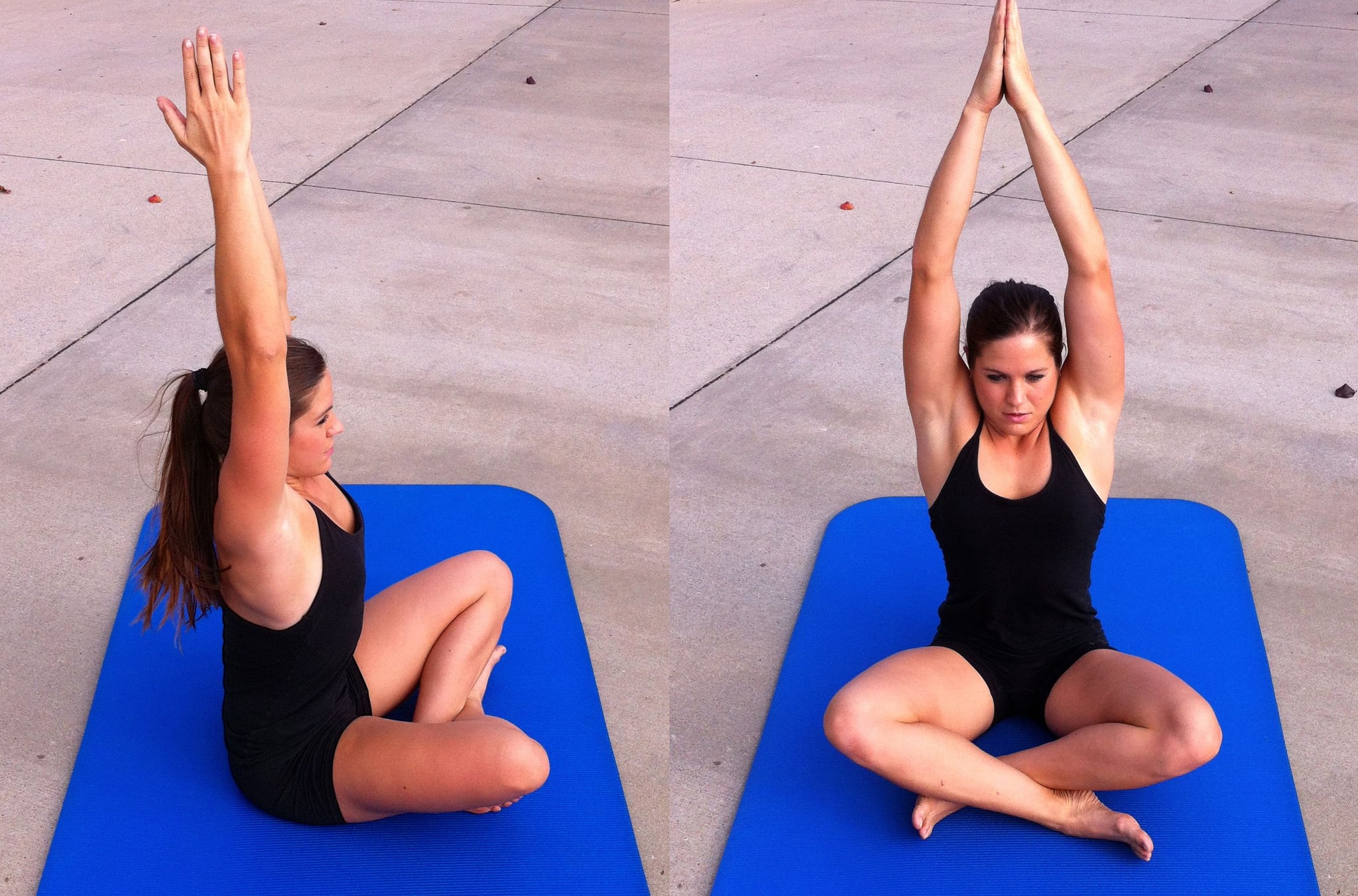 What Are the Benefits?

Benefits of ELDOA include better posture, improved joint mechanics, relief from pain, and reduced pressure on the spinal discs, as well as building muscle tone. “After your first 45-minute ELDOA course, you feel this unusual high,” says Ashelii Rabelo, a registered holistic nutritionist and the founder and director of Soma Educational Group. “It’s as if you’ve awakened all the senses and parts of your body, like no other time before. It’s hard to put into words, but you immediately feel that you’ve done something different, that you’ve pushed your body in a very unique way.”

Emily Morgan discovered ELDOA in the Summer of 2017 and was immediately hooked; thanks to her practice, she is pain-free for the first time in years. “I have scoliosis and have had a lot of head trauma,” says Morgan, who owns the Hangar of Healing in Pensacola, FL. “I have played soccer at a very high level, as well as women’s professional tackle football.” Her hip started hurting during her last years of football 14 years ago, and it got so bad that Morgan couldn’t even play a few minutes of casual soccer without experiencing pain.

“It was like magic. Within a few weeks, I was pain free!”

She visited a number of experts, none of whom could diagnose the source of her pain. One doctor diagnosed her with a groin strain; another thought it was a hernia, which led to Morgan having completely unnecessary hernia surgery. “Surgery, MRIs, X-rays, physical therapy, muscle strengthening – nothing helped to keep me from having pain if I played.” After starting ELDOA – specifically, postures to open her spine and hip – she can play soccer again without any pain.

These Stretches Will Take Care of Your Sore Neck

“It was like magic,” Morgan says. “Within a few weeks, I was able to play and be pain free! After taking ELDOA, a light bulb went off and I realized that the body is global, and everything is connected: the muscles, fascia, and ligaments are all linked.”

What Are the Origins of ELDOA?

Dr. VOYER started his career as a trainer and later studied medicine with a variety of specializations. He went on to study osteopathic medicine in Europe and completed several doctoral programs. He began studying back pain in the 1970s and, over the course of the next 10 years, developed the ELDOA postures as a way to treat the spine.

Americans spend at least $50 billion a year treating back pain.

The statistics surrounding back pain are staggering: lower back pain is the single leading cause of disability worldwide, according to the Global Burden of Disease 2010, and Americans spend at least $50 billion a year treating back pain.

However, despite the billions spent on treatment, the statistics have stayed mostly stagnant over the past few decades. The reason, Herrera says, is that “the medical model is designed to treat the symptoms, not the cause.” He says it’s limiting to treat the spine as a distinct column. A column doesn’t move, but the spine does, with 24 mobile vertebrae supported by muscles and fascia.

Over the years, VOYER has taught the postures to hundreds of practitioners, including Herrera in 2003. VOYER recently trademarked the ELDOA teacher training program in the United States, and this November, 23 people were certified as ELDOA trainers.

Who Should Try ELDOA?

Many of Herrera’s ELDOA clients are former and current high-level athletes. “Their bodies are just broken,” he says. “After 9 or 10 ELDOA workouts, they feel amazing. It gets them back to where they can do normal training. They pick and choose the ELDOA that have the biggest impact for them and incorporate them into their routines.” Herrera works with a lot of people like Emily Morgan who “have tried everything under the sun,” as well as people who are treating pain or trying to avoid surgery.

However, you don’t have to be an athlete or experiencing pain to benefit from ELDOA. “Everyone can benefit,” says Morgan. “The wear and tear on the spine from sitting, poor posture, injuries, etc., has given most people some sort of disc degeneration (even if they are not in pain). ELDOA can help balance and strengthen the spine and reduce the pressure on the discs to keep you healthy.”

Rabelo, who also trained with Guy VOYER, got seriously into ELDOA after being diagnosed with an autoimmune disease that left her in pain 24 hours a day. She’s found relief through a combination of ELDOA and dietary changes. “I used to experience a fiery but numb feeling in my fingers,” she says. “The ELDOA postures have helped me with my circulation, bringing down my inflammation, and most importantly, helping me counteract my hours of sitting at my desk working. Like most of us today, sitting at a desk if not something that we can avoid. But practicing ELDOA helps to counter that damage.” Keeping your body healthy may not sound as sexy as losing weight or gaining booty, and Herrera understands that. “Young people may not see the value because there’s not a lot of aesthetic benefits,” he says. But ELDOA can be a complement to your workouts – another tool in your well-rounded fitness routine. Herrera sees a lot of trainers taking ELDOA classes to learn more about the body and incorporate ELDOA into their classes or training sessions. Says Herrera: “If every Pilates teacher, yoga teacher, or trainer added one or two ELDOA at the end of their sessions, it would be so much better.” As Herrera says, “exercise, then normalize.”

That’s how Rabelo often uses ELDOA, too. “I typically squeeze in a sequence of postures each night at home, either in my living room or bedroom,” she says. “On days that I work out, I do at least two to three ELDOA postures immediately after my workout.”

Ease Tension in Your Hips and Back in Just 4 Minutes

ELDOA is an excellent addition to any workout routine, whether you’re dealing with a specific pain or injury or just trying to keep your body healthy. Frankly, it just feels great.

However, it’s important to learn from a certified ELDOA trainer. There isn’t much information online, and a lot of what’s out there isn’t accurate. While there isn’t a comprehensive directory of ELDOA trainers in the US, Herrera hopes to create one soon. Until then, try this list or search for personal trainers, Pilates teachers, and other movement instructors in your area who are ELDOA student practitioners or certified trainers.