Why You Should Exercise Caution When Taking OTC Sleeping Pills 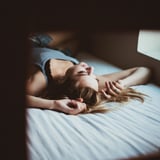 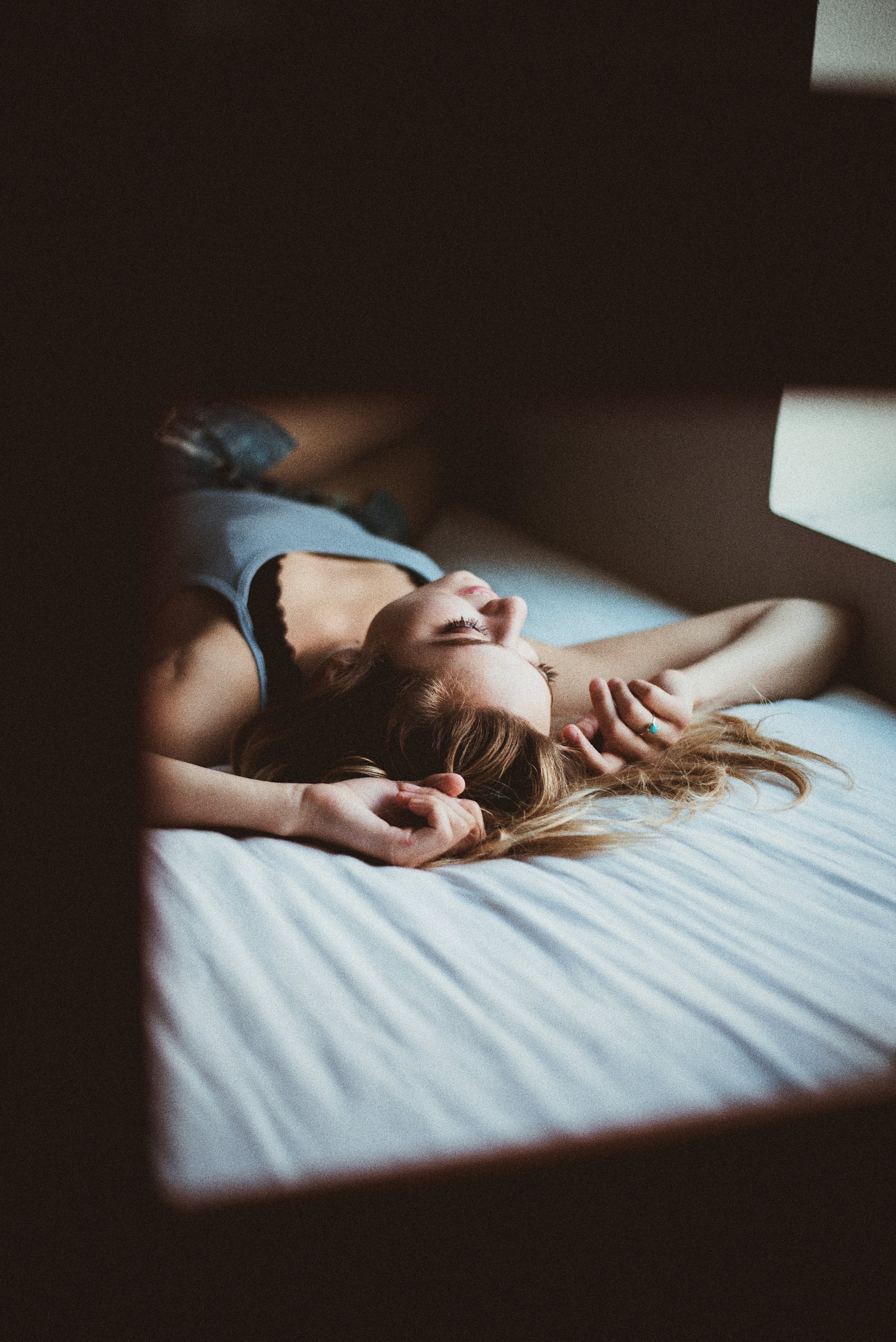 No rest for the wicked. You can sleep when you’re dead. Sleep is for the weak.

We’ve all heard these phrases that glorify living in a constant state of exhaustion, like wearing dark circles under your eyes is a badge of honor. But truth be told, going without sleep is no joke. Maybe that’s why there’s an entire industry focused on helping you achieve your ideal amount of shut-eye, in the form of over-the-counter (OTC) medications.

These types of drugs come in liquid, gel capsule, and tablet options, like ZzzQuil, Unisom, and Tylenol PM. They seem to work like magic, delivering fast, easy access to rest, in the short term. But that convenience comes at a cost. We hate to break it to you, but these sleep aids definitely shouldn’t be used chronically – only occasionally, as the packaging warns.

Try This Antistress Bedtime Routine to Get Some Peaceful Sleep

We talked to three different sleep experts, and they all agreed: OTC sleep aids are, by and large, not the way to go for chronic sleep issues. Read on for why, along with some insight into what you should do if you’re having a hard time catching zzzs.

Common Ingredients in OTC Sleep Aids and Their Side Effects

The top brands of OTC sleep aids contain one of two main ingredients: diphenhydramine and doxylamine. Both prescription and OTC medications that contain these drugs are called sedative hypnotics, and generally speaking, there’s not much difference between the two.

One glaring similarity is that helping restless individuals fall, and stay, asleep, isn’t actually their main purpose. These drugs are antihistamines, which are intended to be taken for allergy relief.

“The dirty side effect of these medicines is they make you sleepy,” says Dr. Aneesa Das, MD, who is an assistant professor of sleep medicine at The Ohio State University Wexner Medical Center in Columbus, OH.

PSA: Stop Taking Melatonin Until You Read This

“If you’re going to take them, you have to take caution, because they have a lot of [other] side effects, [and so are] not a great long-term solution,” she says.

Some of those additional side effects include causing confusion, rapid heart rate, and urinary retention, which makes it difficult to go to the bathroom, especially for men. They’re also associated with an increased risk for falls and blurred vision, dry mouth, bad breath, and constipation, the last three of which are results of dehydration caused by taking these medicines.

Those with memory concerns, especially older patients, should absolutely avoid OTC sleep aids containing diphenhydramine and doxylamine, says Dr. Rajkumar Dasgupta, MD, who goes by Dr. Raj. He practices in the Pulmonary, Critical Care and Sleep Medicine division of Keck Medicine at the University of Southern California in Los Angeles. He’s also the sleep and lung specialist on the CBS TV show The Doctors.

Finally, when it comes to medicines like NyQuil, Tylenol PM, or Advil PM, people may find themselves using these as sleep aids because they happen to have them in the cabinet at home. These medications each include either diphenhydramine or doxylamine, but they also include other ingredients that are meant to treat other things.

Any time you find yourself taking add-on medicines you don’t need is a major downside, Dr. Raj says. That’s especially true when it comes to nonsteroidal medications that may cause gastrointestinal upset or, ultimately, ulcers.

There are also supplement options commonly used by individuals to self-treat insomnia. Two of the most well-known types are melatonin and valerian, the latter of which is often referred to as valerian root. Valerian root works on the same receptors in our brains as sedative hypnotics and is also thought to come with a high risk for liver toxicity, Dr. Raj says. Again, not the best option.

Melatonin, on the other hand, could be useful as an OTC sleep aid, if taken properly. With this naturally occurring substance, it’s all about timing. When taken six hours before bedtime, this supplement may help to adjust a person’s circadian rhythm, says Dr. Heidi Roth, MD, who is a neurologist and the codirector of the sleep clinic at the University of North Carolina at Chapel Hill. That’s because people naturally produce melatonin at dusk, so taking a small amount, like 0.5-1 mg of melatonin six hours before a person hopes to go to bed may help that individual sort of schedule the beginning of his or her sleep phase.

Melatonin, however, is not well-regulated in terms of dosage, and the typical dose found in stores of 3-10 mg may be higher than needed, doctors say. Dr. Roth also cautions that at high dosages, melatonin has been linked to headaches.

Other supplements that are rumored to help make you more sleepy, like chamomile and tryptophan (which is found in turkey, and what everyone loves to blame for feeling tired after a big Thanksgiving meal), haven’t really been studied conclusively enough to say whether they actually work as sleep aids, Dr. Raj says, citing a lack of evidence-based medicine.

One absolute no-no, though, is kava-kava, he says, which is an herb derived from a plant native to the Western Pacific and known for its liver toxicity.

He also says thinking outside of the box is not a bad thing when it comes to dealing with insomnia, and that he’s open in his practice to making appropriate herbal recommendations, while stressing that patients absolutely must tell their doctors anything and everything that they are taking in order receive the proper care.

The Problem With Treating Symptoms Versus Curing the Cause

Dr. Roth says it’s incredibly rare that she sees someone who doesn’t have an underlying cause for their sleep issues. For example, sleep apnea may present as something as simple as snoring. In reality, that snoring could be a symptom of the quite serious sleep disorder, where an individual stops breathing repeatedly during their sleep. If left untreated, sleep apnea can increase a person’s risk for hypertension, possibly stroke, and even cardiovascular death, Dr. Roth says. For that reason, “Medical evaluation for sleep problems should always come first,” Dr. Roth says.

I Stopped Doing This 1 Simple Thing During the Day, and Now I Sleep Through the Night

In addition to being masked, certain kinds of underlying sleep disorders, like restless leg syndrome (RLS), may even be made worse by taking OTC sleep medications that contain diphenhydramine. RLS is the urge to move your legs that comes on when you’re resting and inactive, which for many people occurs in the evening and at night. It’s a feeling of creeping, crawling, pulling, itching, tingling, burning, aching, or electric shocks that doesn’t go away until you move your legs, and sometimes, your arms. You can see how this might disrupt a person’s sleep.

Roth explains that one test for RLS requires giving a patient Benadryl (which contains diphenhydramine) to see if it makes those symptoms worse, thus making an RLS diagnosis more likely.

This is just one example of how these medication may adversely affect someone, without them even realizing it. “Every medication has a side effect, and if it’s not necessary, it can cause harm,” Dr. Roth says. “[OTC sleep aids] are not necessary medications and it’s much better to find out what you can do to improve your sleep while at the same time, improving your health.”

The method most recommended by the doctors we talked with was CBT-I, which stands for cognitive behavioral therapy for insomnia. This is thinking- and actions-based therapy, Dr. Raj says, and it’s based on the idea that there are reversible causes for insomnia.

“One of the biggest causes for sleep problem is caffeine intake, even in the morning,” Dr. Roth says. “Cutting out caffeine could help your sleep, and spare you the side effects of OTC medications. And lots of things may contain caffeine that people may not realize.”

Dr. Roth also says sleep restriction is a helpful form of CBT-I, where you set a sleep window and stick to it. “When you set the sleep window, you cannot go to bed before or get off after, but you can stay up later and get up earlier,” she says. The idea behind this is that, at least initially, not getting enough sleep will help kick-start those internal sleep drives.

Dr. Das says another easy adjustment is keeping things cool, dark, and quiet. “Data supports that cooler room temperatures, in the mid-to-upper 60s [Fahrenheit], is optimal,” she says. That’s because as your core body temperature drops, you tend to sleep better, she says, so go ahead and wear your socks to bed, because warming your extremities will also help lower that core body temp.

15 Foods That Will Put You to Sleep (and Keep You There!)

Stimulus control therapy is another form of behavioral therapy, Dr. Das says, where you’re only in bed for sleep and nothing else, which means no scrolling through Twitter and Instagram late night on those smartphones! Also, as part of this aspect of CBT-I, if you go to bed and after 15-20 minutes find you can’t sleep, you simply leave the room and go do something nonstimulating elsewhere in low light until you’re tired. “It may take up to two to three months for patients to see benefits,” Dr. Raj says. “Break the rules once, and you’re back into those habits.”

Clearly, CBT-I is a major commitment. Thankfully, if you need support while undergoing this type of sleep treatment, there are resources available to help.

There Are Apps to Help With Insomnia

It’s kind of ironic that there are apps out there to help with insomnia, since there’s lots of literature that says spending less time on our phones, especially before bed, will help us sleep better. But for better or worse, smartphones and other devices are one way that we get a lot of information these days. So we’ve found a few you may find helpful.

One particular app, called CBT-i Coach, is free to download and comes with an entire mini course called Sleep 101 that talks its users through different types of sleep therapies. Developed through the US Department of Veterans’ Affairs, it’s intended to be used along with face-to-face care from a medical professional.

Another, called SHUTi, is not free but claims to be the “industry-leading online CBT-I program, with unsurpassed, proven results.”

What to Know If You’re Going to Take OTC Sleep Aids, Anyway

“Insomnia is super common,” Dr. Raj says, acknowledging it’s a real disease and flat out just no fun to deal with.

All three experts we talked to said the same thing: before you take OTC medications of any kind, you should talk to your doctor about potential side effects and drug interactions. “Even though these medications are OTC, they are still drugs,” Dr. Das says.

YES! This Expert Says Having Sex Before Bed Will Actually Help You Sleep Better

If you’re taking anything else, prescription or otherwise, OTC medications could react with those ingredients and lead to even more harmful side effects than the ones already discussed here.

Additionally, people should avoid combining OTC sleep aid medications with alcohol, the doctors all say. Although alcohol is a depressant and may have the initial effect of increasing drowsiness, consuming it actually increases sleep fragmentation in the second half of the night, and so decreases sleep quality, overall, Dr. Das says.

“Most people have multifactorial causes for sleep problems. It’s often not just one thing, so using CBT-I plus addressing medical issues is a good route,” Dr. Roth says. “Sleep is important for health, just like nutrition and exercise, and it should be protected.”