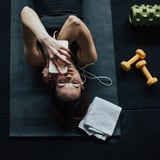 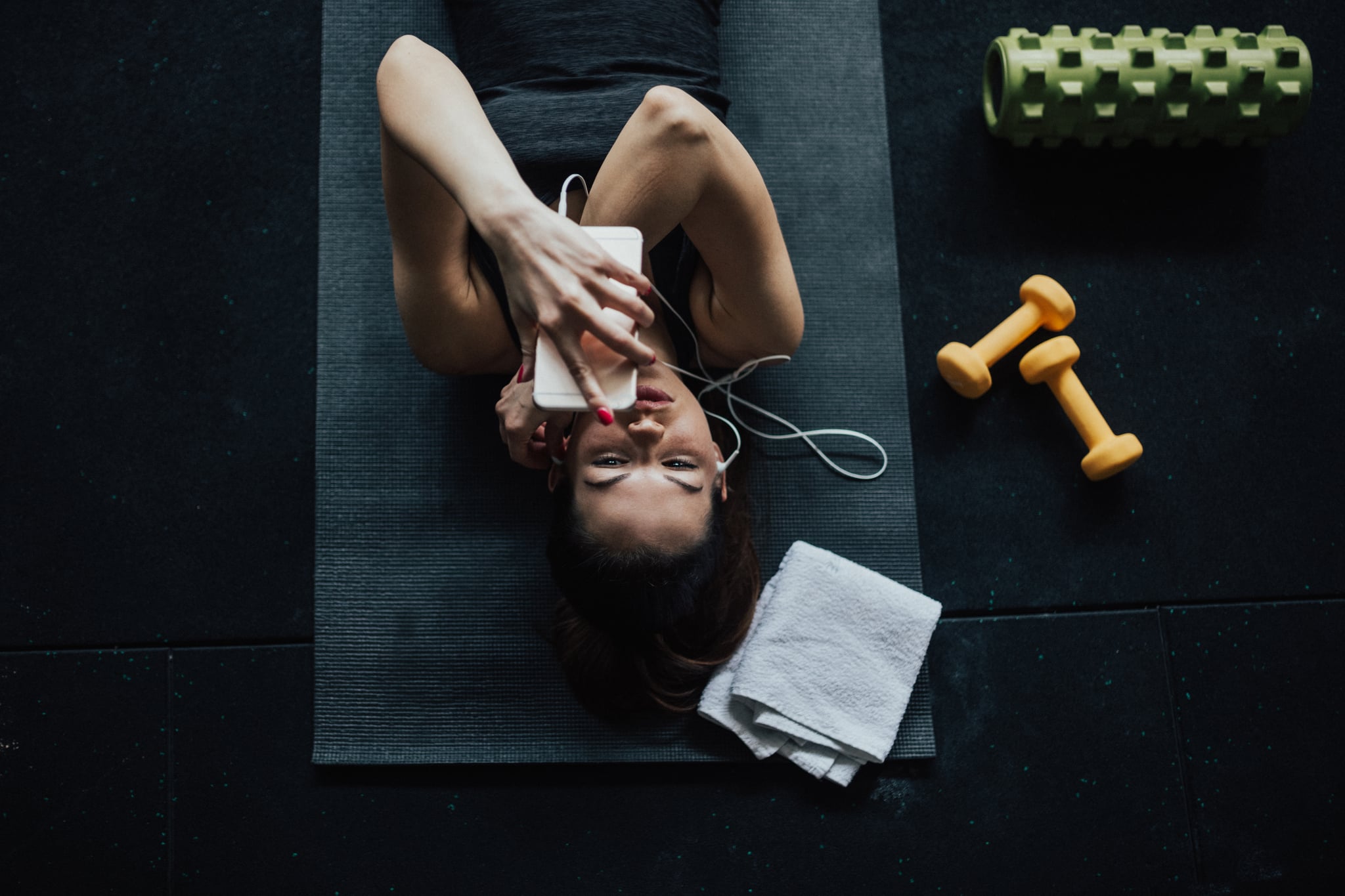 There are two things I craved most once I quit gymnastics after over a decade in the sport: structure and exercise. Luckily, the gym on my college campus was free, and I was a big proponent, especially freshman year, of procrastinating my homework to work out. I went from having a strict practice schedule with half-hour conditioning sessions at the end (and eight-pack abs) to hesitantly navigating a weight room as a gym newbie. I used the equipment I had in my home’s basement occasionally growing up, but I never had a clear workout routine outside of gymnastics, nor did I need to.

My first semester of college, I worked out six days a week, no exceptions. And every time I entered the gym, I wouldn’t leave for a good two hours – this was back before I knew that people in the real world don’t typically have time for prolonged workouts and that rest days are important. Aside from always doing cardio (40-50 minutes on the elliptical for the first few months because the treadmill scared me) and a slew of bodyweight moves I learned at gymnastics practice, I would also always do one thing: obsessively write down what my sweat session consisted of.

I was unable to disengage from the shame I felt when I wasn’t on top of every rep I’d done or the calories I’d burned.

Now, I know that many people benefit from recording their daily workouts. It keeps them on track and documents progress. I also know that some people need to record workouts prior to a sweat session so they can follow exact reps and sets required (I had to do this recently with a workout I got from Instagram because I didn’t want to keep watching Jeanette Jenkins go through the moves). But I became so strict with it that I would spend too much time at the gym on my phone typing in each exercise and its reps along with changes I’d made to the routine. Granted, I could have mapped out what I was going to do at the gym beforehand, but many times, I didn’t have a plan and I’d just record as I went through the moves. It would take minutes out of my actual workouts, and I would get too down on myself to the point of tears when I forgot to record a day’s exercise routine.

The control I once had in gymnastics – my take-no-prisoners mentality when it came to my performances and doing every single leg lift, push-up, and handstand drill exactly right – suddenly became too much in my new life of post-sports-athlete-trying-to-stay-fit. I turned into my own coach, and though that sounds like a good thing, I was unable to disengage from the shame I felt when I wasn’t on top of every rep I’d done or the calories I’d burned. For someone who never really thought about the weights they were lifting and had never even heard of a StairMaster, I became hellbent on transforming into a full-blown gym rat for better or for worse.

As the years went on, up until I graduated college – at which point I stopped using my phone’s notes to record my workouts – the recordings, little by little, got shorter and less detailed to the point where one entry from 2017 read, “Combat, abs, butt.” This was shorthand for one Les Mills Combat video, an ab workout, and some glute exercises. I still wanted to keep track of the number of days I worked out, but I didn’t want to worry about the reps, sets, and calories. The notes in my current phone only go as far back as my second semester freshman year, but in comparison, one from that Summer read: 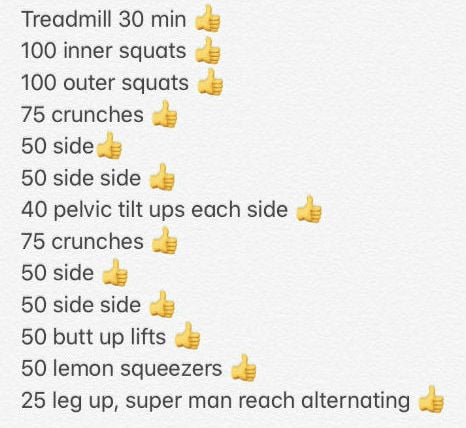 If you’re overwhelmed, if something becomes more stressful than it is beneficial, consider making changes.

Note: don’t ask me what “side side” (crunches, I think) or “pelvic tilt ups” are – I wouldn’t be able to tell you. Just as I changed my weekly exercise goal from six days to eventually four days, the reality of what my body could handle sunk in, my relationship with exercise became less toxic, and the pressure I put on myself ebbed. (Many former gymnasts have this less-than-healthy relationship with exercise, and also food, but that’s an article for another time.)

These notes were what I needed during my period of transition from structured athlete to an athlete without a sport to rely on. They were helpful, then became a burden, at which point I slowly weaned off of them until I didn’t need them anymore. Long story short: listen to what your body and mind is telling you in the fitness world and everywhere else. If you’re overwhelmed, if something becomes more stressful than it is beneficial, consider making changes.

If You’re Prone to Anxiety From Recording Your Workouts, Here’s What You Might Want to Try

I will admit that sometimes I miss logging when I work out so that I know if I hit my goal number of days. These are recording tactics that I’ve either tried periodically myself since my college years or tools I wish to try moving forward, to take the pressure off and cause less stress on my part. Maybe you’ll find some use in these if my story resonates.

Consider something more hands-off. Use a Fitbit or exercise tracker to record the types of workouts you’re doing. This way, you are relinquishing most of the control over to your device. I got a Fitbit Blaze after college and tracked my workouts in the app (which I might start doing again).

Try a more general and fun way to record your workouts. For starters, you can try this fun 12-month coloring sheet one of our POPSUGAR Fitness writers found online. It keeps track of the days per month that you’re active. You can also log workouts in a pre-set-up fitness journal, so you can pick and choose what you fill out.

Use set schedules from certified third-party services. If you’re using a program from a trainer, print that out or keep that on your laptop so you don’t have to keep track of it yourself. That’s what I did with NASM-certified personal trainer Bailey Ducommun’s at-home glute guide. It had the order of exercises, reps, and sets all laid out for me.